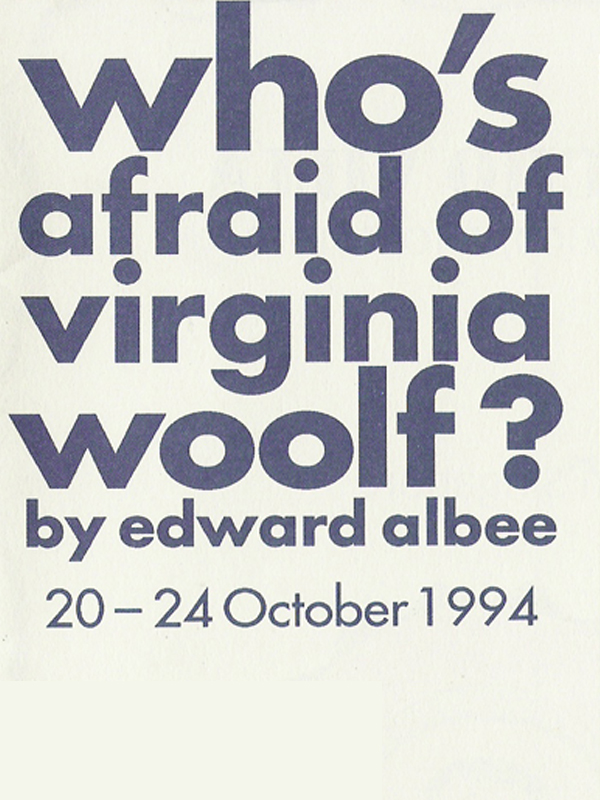 George and Martha are a couple living in mordant uproarious antagonism. Martha, the daughter of the president of the college where George teaches, cannot forgive her husband's failure to be a success like her father. He can't abide her brutal bluntness and drive. Married for over 20 years, they claw away at each other like jungle beasts.

In the dark hours after a campus party, the couple are joined by another pair who have been to the party: a new, young and opportunistic biology instructor, who has just been introduced to the rat race, and his shatteringly naive wife whom he married for her money and because of what turned out to be a "hysterical pregnancy".