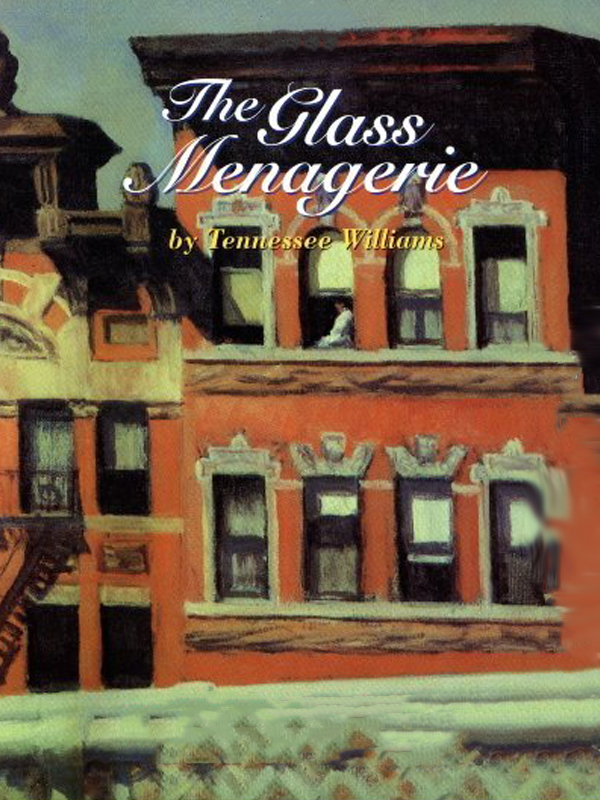 A dingy flat in the slums of Saint Louis in the years prior to World War Two. Inside, cheap furniture, an old typewriter, a picture of a father who deserted his family long ago, and a shelf full of tiny glass animals. Outside, the noisy street, the flashing lights of a dance hall, the cities and vast spaces beyond. The only way is by the fire escape. It is also the only way out.

As their hopes and dreams slowly dissolve in the sea of despair and monotony that has become their lives, each finds a refuge of their own.

Tom Wingfield, a poet trapped in a warehouse, escapes to the make-believe world of movies.

His crippled sister, Laura, lives in a fantasy world that revolves around a fragile collection of glass animals.

Tom's mother, Amanda, seeks solace in the memories of her happier youth, when she was courted by many "gentleman callers".

They might well have remained in their private mental sanctuaries indefinitely, were it not for the arrival of a "gentleman caller" for Laura. His arrival becomes the catalyst that finally shatters the beautiful illusion of The Glass Menagerie.