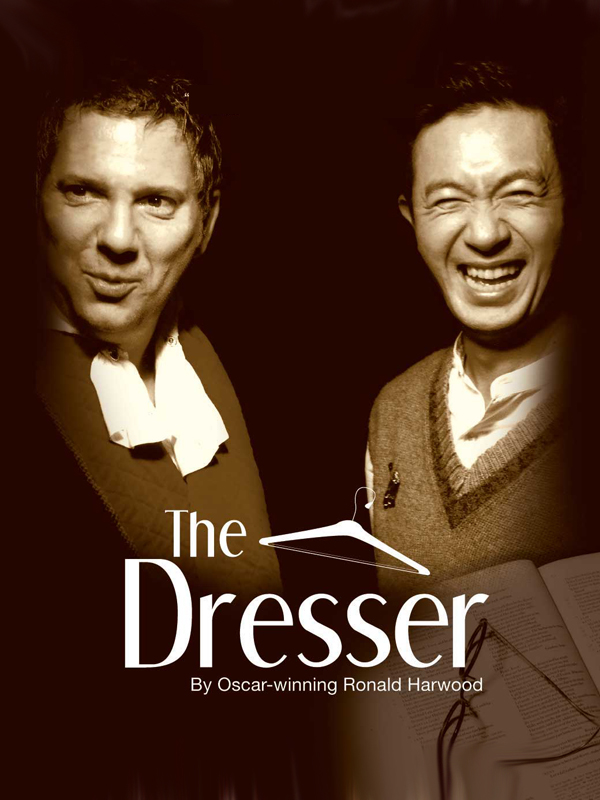 It is 1942, World War II. Bombs are raining down from the sky and the lights are going out all over the city. But for Sir, the ageing actor-manager of a struggling Shakespearean theatre group, the show must go on. Despite suffering from burn out and sheer exhaustion, he is adamant on staging the 227th performance of King Lear. As Sir's rollercoaster emotions reduce him from a haughty thespian to a quivering wreck, it is up to loyal dresser Norman to hold it all together.

Devoted for the past 16 years to the brilliant but tyrannical head of the company whom he both worships and loathes, Norman must help with Sir's make up, massage his ego, remind him of his lines and even provide the sound effects for storm scenes. The Dresser is based loosely on the life of one of England's greatest Shakespearean actors, Sir Donald Wolfit, for whom Harwood was a dresser for five years.