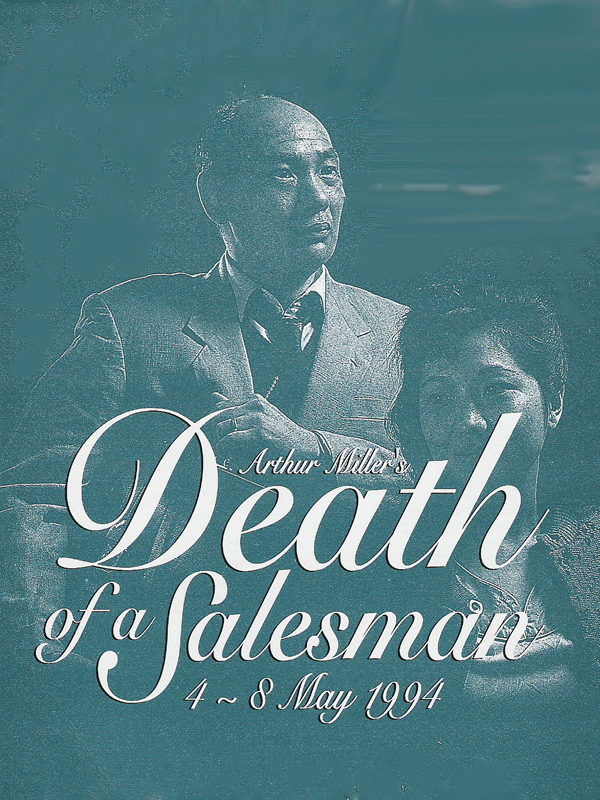 Willy Loman has been a travelling salesman for a large New England company for thirty-four years. One morning, he returns home, telling his wife Linda that he can't seem to concentrate on the driving any more.

They have two grown sons, Happy and Biff. The latter has returned home after many years, having failed to realize his potential ~ and his father's hopes ~ as a football player. The reason for this, and the events it sets in motion, seem to have deeply affected both his relationship with his father and his own self-esteem: Biff has "never found himself". The two sons plan to get Biff a job in New York, encouraged by their father's enthusiasm and apparent knowledge of the business world. However, on the same day that he is to meet his sons in a restaurant, Willy learns that his company no longer wants him. We learn that Willy has been borrowing money from his friend, Charley, for some time, and pretending to Linda that it is his salary. At the same time, waiting for their father in the restaurant, Biff tells Happy that he, too, has been living a lie for all these years. Willy arrives but the meeting turns ugly, and the boys leave the old man alone in the restaurant. That night, Biff finds Willy out in the backyard planting seeds and apparently talking to his dead brother, Ben. Biff tries to persuade Willy that they should part and never meet again and sobbing, begs his father to forget him. However, Willy plans to ensure Biff's success!

The play takes place in Brooklyn 1948 and in Willy Loman's memories of the previous 17 years.