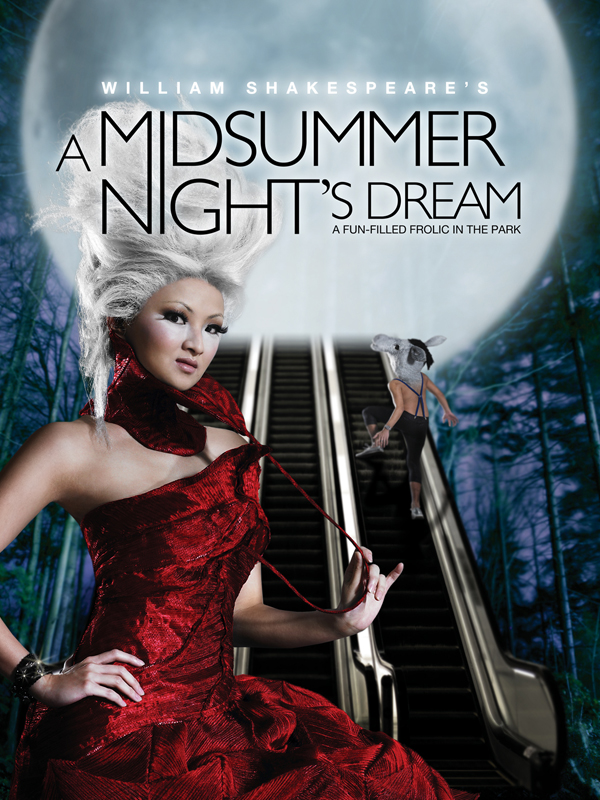 Ten years ago, SRT staged a compelling production of Hamlet at Fort Canning. It was a seminal work that was reviewed by the international media and received kudos on many levels for both being one of the first international all-Asian casts as well as for some very powerful and memorable images. 'Shakespeare in the Park' returns this year with a sumptuous, contemporary take on one of the greatest comedies of all time.

Oberon and Titania, fairy rulers of the forest, have quarrelled over Titania's refusal to give up her boy page to Oberon. He sends Puck to find a magic plant, the juice of which, squeezed on the eyes of someone asleep, will cause them to fall in love with the first creature they see on waking. Oberon uses the juice on Titania and she falls rapturously in love with Bottom, one of the tradesmen who has been bewitched by Puck. Oberon also tells Puck to use it on Demetrius, so that he will fall in love with Helena, but Puck, mistaking the two Athenian youths, uses it on Lysander instead, who promptly falls in love with Helena...

Eventually, however, all the enchantments are lifted, the human lovers are happily paired and Titania and Oberon are reconciled. The three couples are married and Bottom's troupe perform their play at the nuptial celebrations.