Impress Your Friends With These 3 Points About Conceptual Art

This September, SRT will be presenting Caught, an immersive project by the dissident artist, Lin Bo. Through his collaboration with director Ed Iskandar, known for his experiential work, Lin will be harnessing the expansive medium of theatre to share his story of imprisonment in China for a work of Avant-garde Art.

The word “avant-garde” stems from a French military term which directly translates to “fore-guard”. It’s used to refer to those in the frontlines and has since been appropriated by the arts as a sort of umbrella term for work that is ahead of its time, seeming unorthodox. The specific form of Avant-garde Art which Lin Bo most aligns himself with is Conceptual Art.

Intrigued but still unsure exactly what that means? That’s alright, we’ll walk you through it and get you ready to mingle with the arts crowd in just three quick points!

1. The artwork isn’t about what’s visible, it’s the concept behind it. 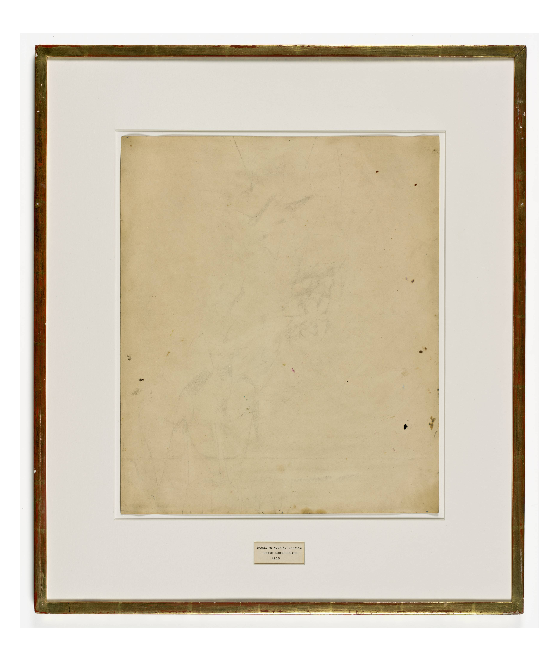 Admittedly this sounds a bit self-evident but Conceptual Art really is about the concept! The physical work is just a byproduct — in fact, some Conceptual Artists go so far as to neglect any documentation of the work they do. Let’s illustrate this with an iconic work of Concept Art by Robert Rauschenberg.

Are you thinking that it looks like a framed piece of dirty paper? Well it sort of is, but that’s not what makes it art. The piece is called Erased de Kooning Drawing — the markings on the paper are remnants of a drawing by Willem de Kooning (a renown painter whom Rauschenberg actually idolized).

The value of the work therefore comes from the idea and action taken beforehand. Like many other Contemporary Artists, Rauschenberg was trying to push boundaries and question what could be considered “art”. So really, any comment you have would be valid — as long as you’re talking about it, you’ve got the point of it!

2. Conceptual Art doesn’t care about being pretty like a Monet

This is why you find yourself thinking “that’s not art, I could do that” — we expect art to be aesthetically pleasing but Conceptual Artists say that doesn’t matter. The concept itself is the work so it makes no difference how beautiful or skilfully crafted the final product is. The ‘value’ of art is only in our minds. 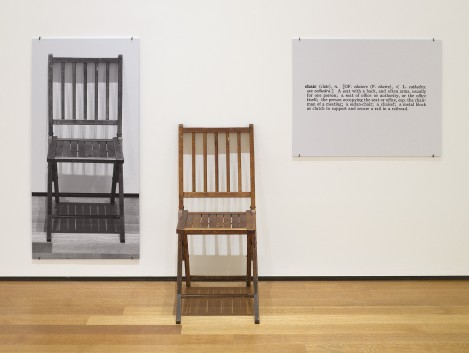 One and Three Chairs, 1945
Joseph Kosuth

Let’s look at Joseph Kosuth artwork. You’ll see a chair. And a photograph of a chair. And a definition of the word “chair”. Before you start evaluating the aesthetics of the photo or how well-constructed the physical chair is, know that Kosuth had nothing to do with either of those. All he did was provide instructions for someone to source and put these items together!

So what’s the point then? Exactly that lack of clarity! All Kosuth is really trying to do is make you question things. How many chairs are there? Is it actually just one or do all three items count as chairs? Hence the title of the work, “One and Three Chairs”. It brings attention to our own understanding of what counts as “a chair” and by extension, how we perceive the world around us. Everybody interprets these things differently so discussing art is a fascinating way to learn how your friends view the world. 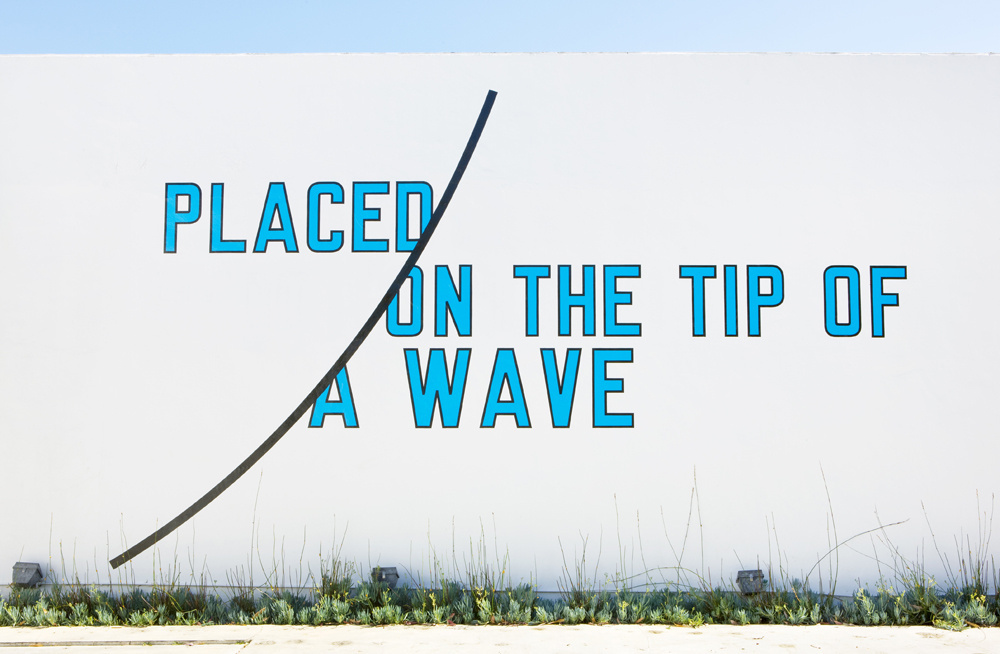 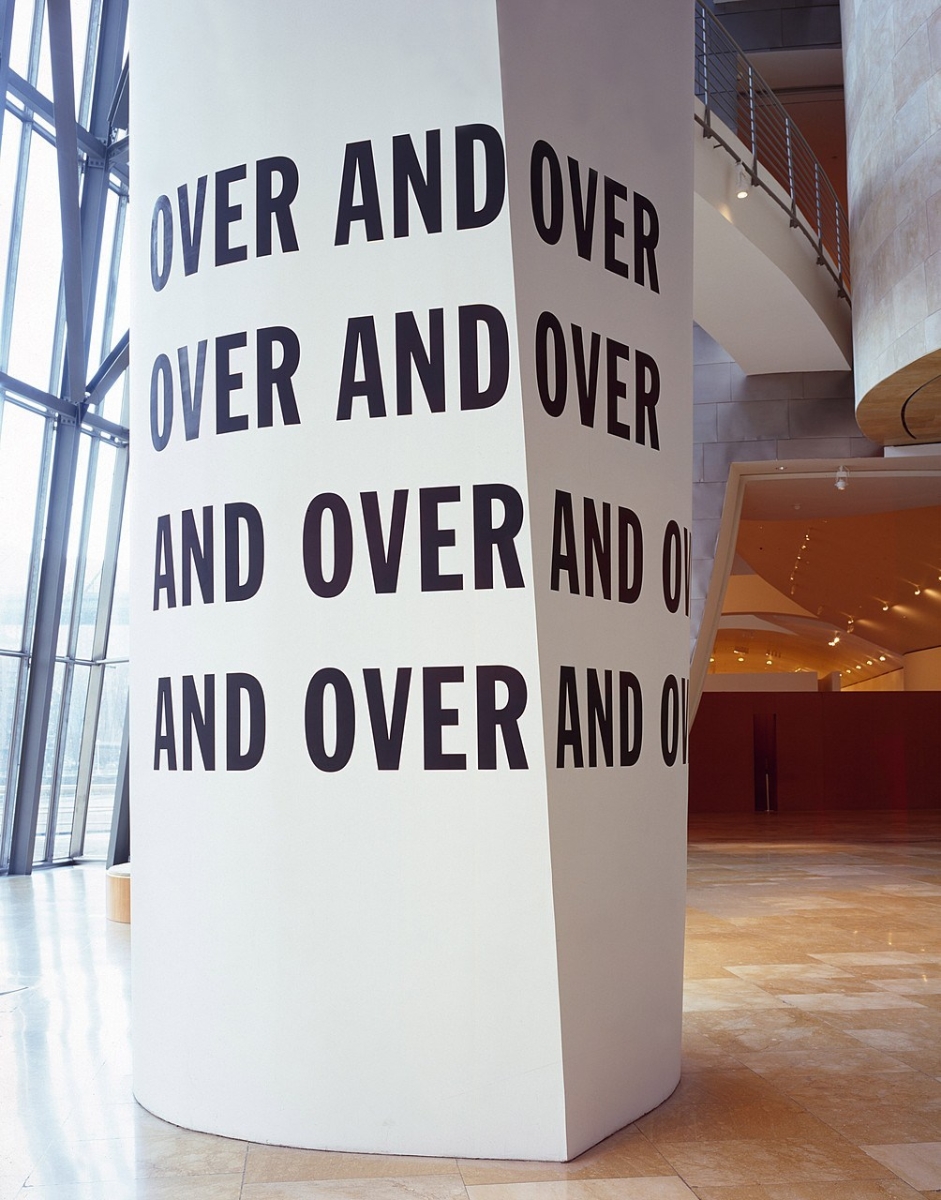 One of Lin Bo’s biggest influences is Lawrence Weiner, a conceptual artist famous for placing vague phrases in public spaces. The idea behind his work is to get rid of the belief that art is only for the elite. Using words makes it simpler and presenting them in public spaces means anyone can access his work. As for the choice of vague phrases, Weiner says people are more likely to ascribe something relatable to his words if they are unclear as it gives them more room to come up with their own interpretations.

So there you have it, that’s all there really is to appreciating this form of Avant-garde Art. Conceptual Art just requires you to trust your own instinctive response, it is exactly as you interpret it to be — the art is in your mind! In fact, the piece that landed Lin Bo in prison was as simple as a few words stamped around the city. It was precisely the hijacking of these words by the general public which provided the meaning deemed a ‘threat’ to the state.

Now that you’ve got a good grasp of what is Conceptual Art, you’re ready to impress your friends (or your date)!
Come meet Lin Bo, a Chinese dissident artist who was detained for a piece of conceptual art work.
From 10 September 2019. Click here to book your tickets to Caught.