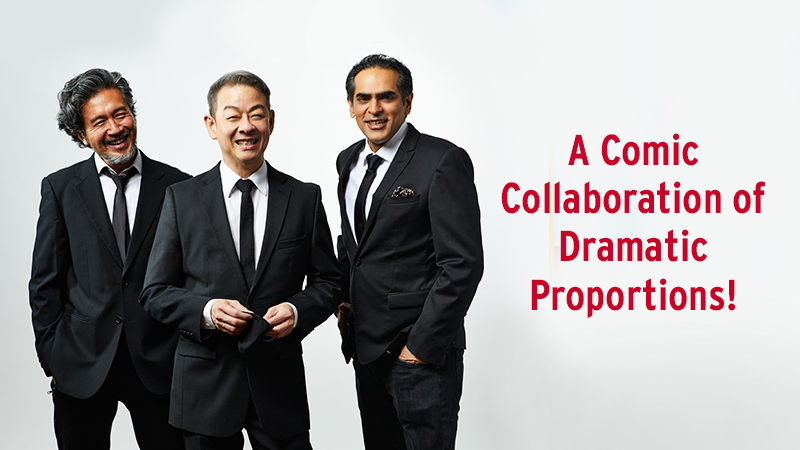 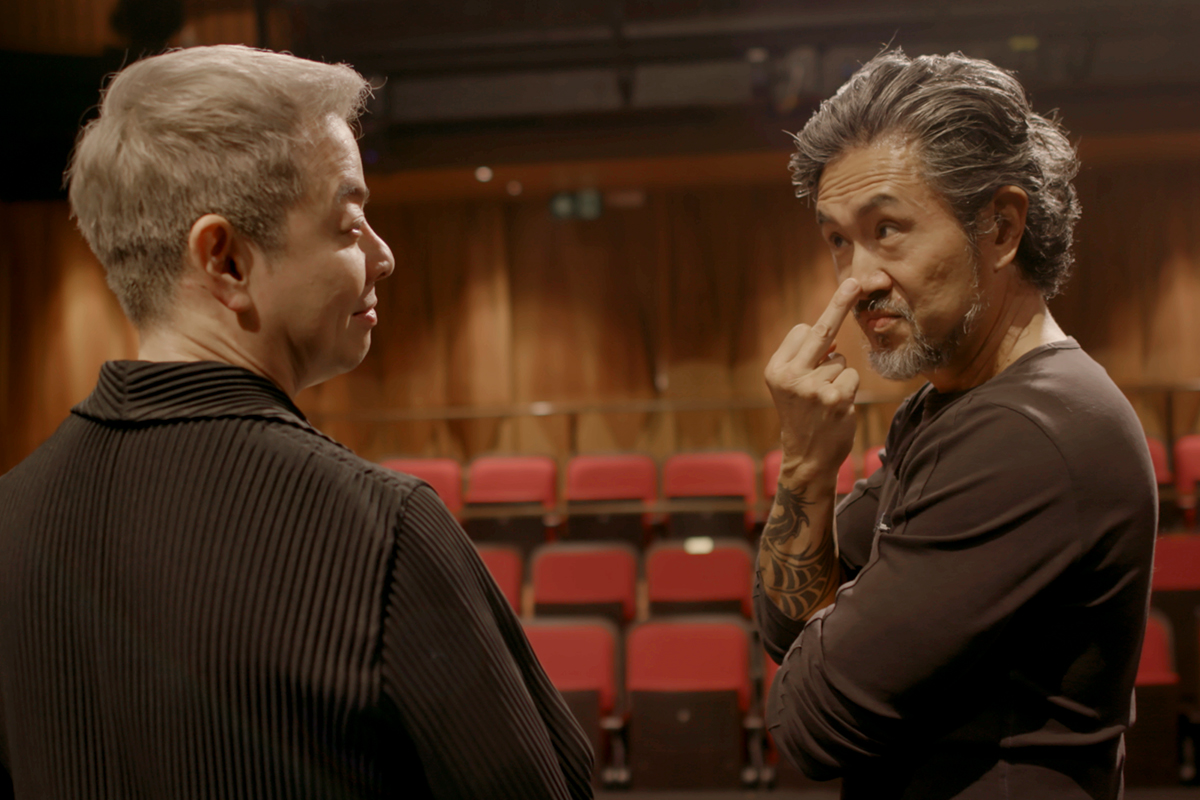 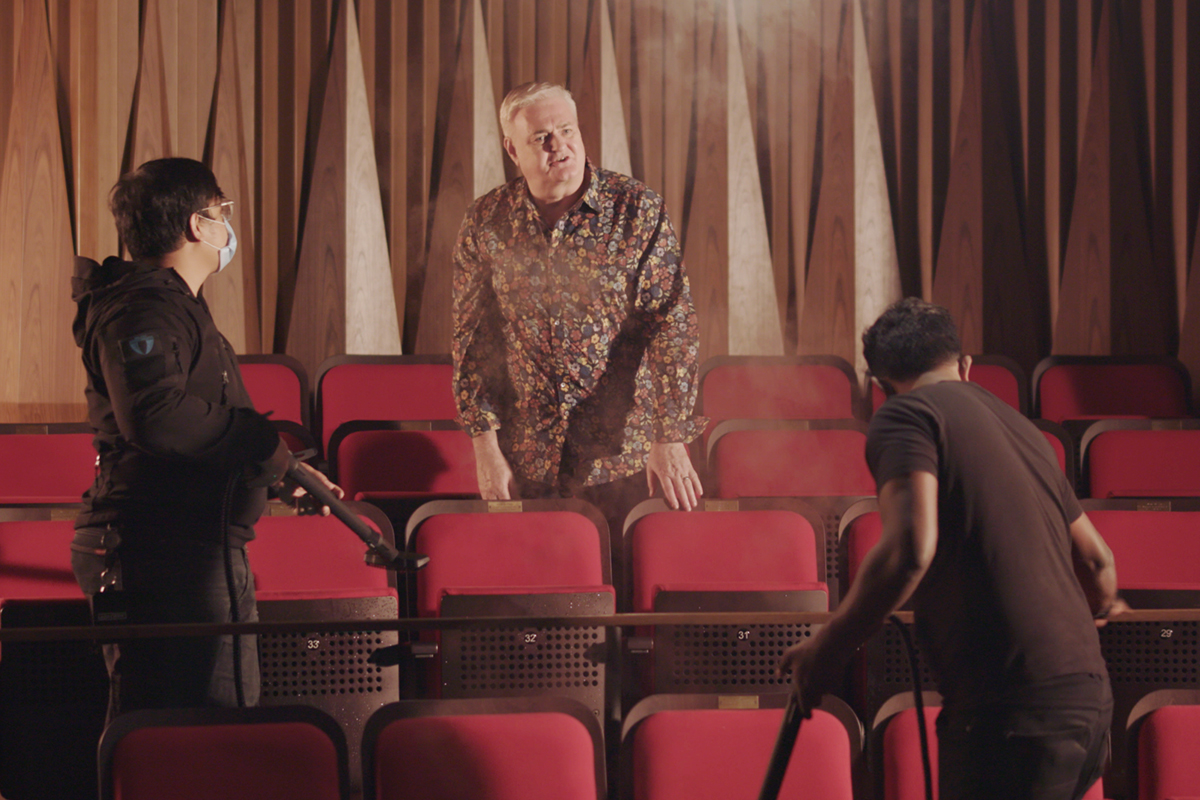 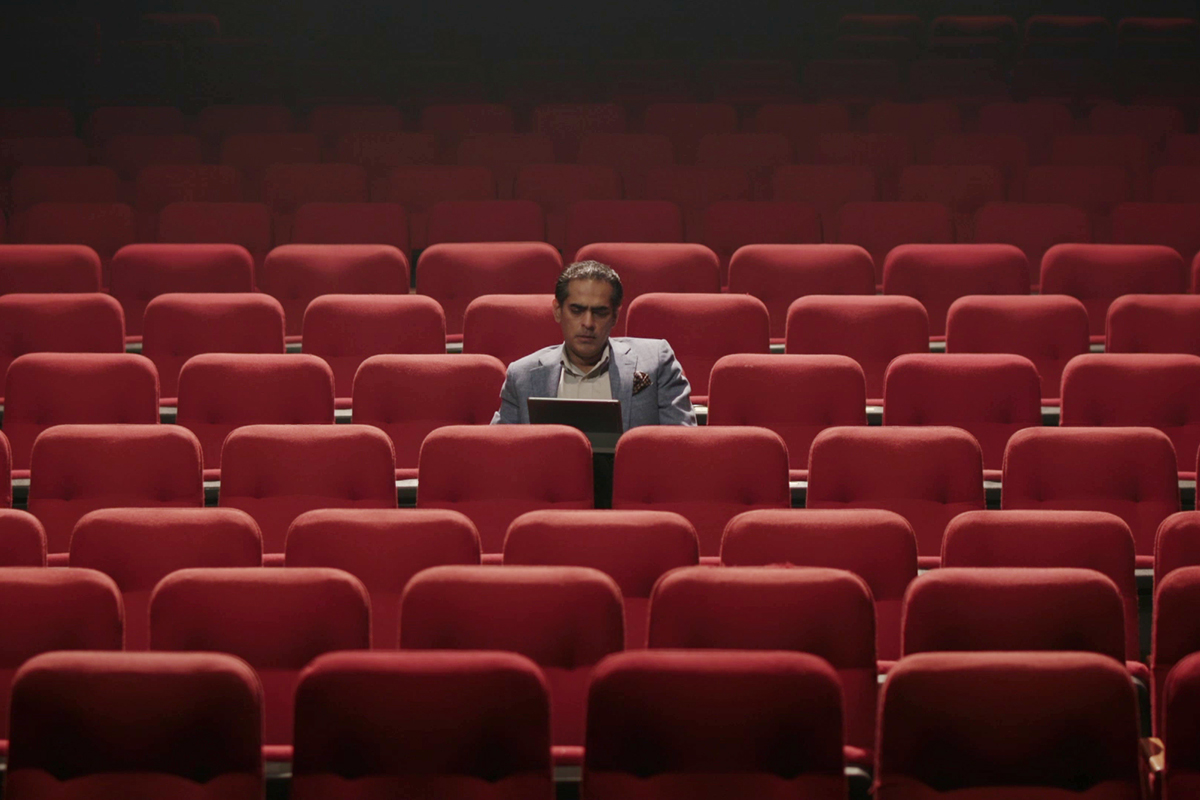 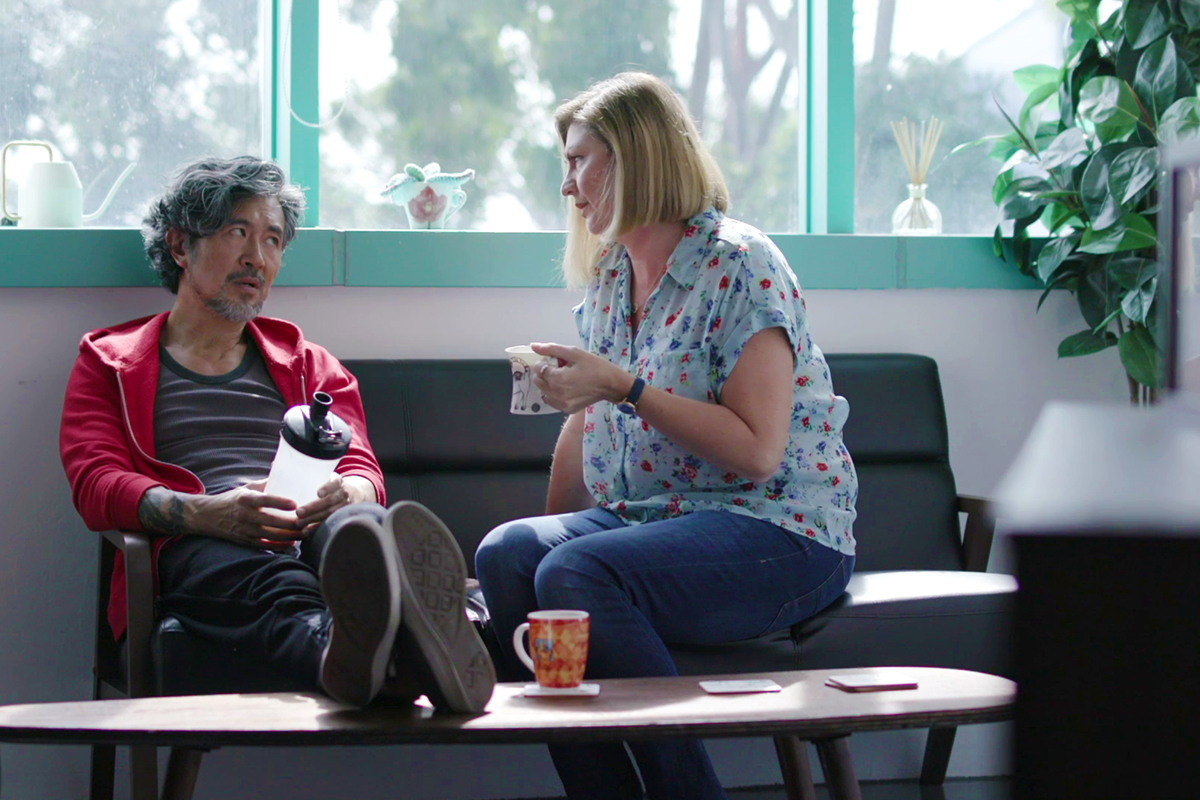 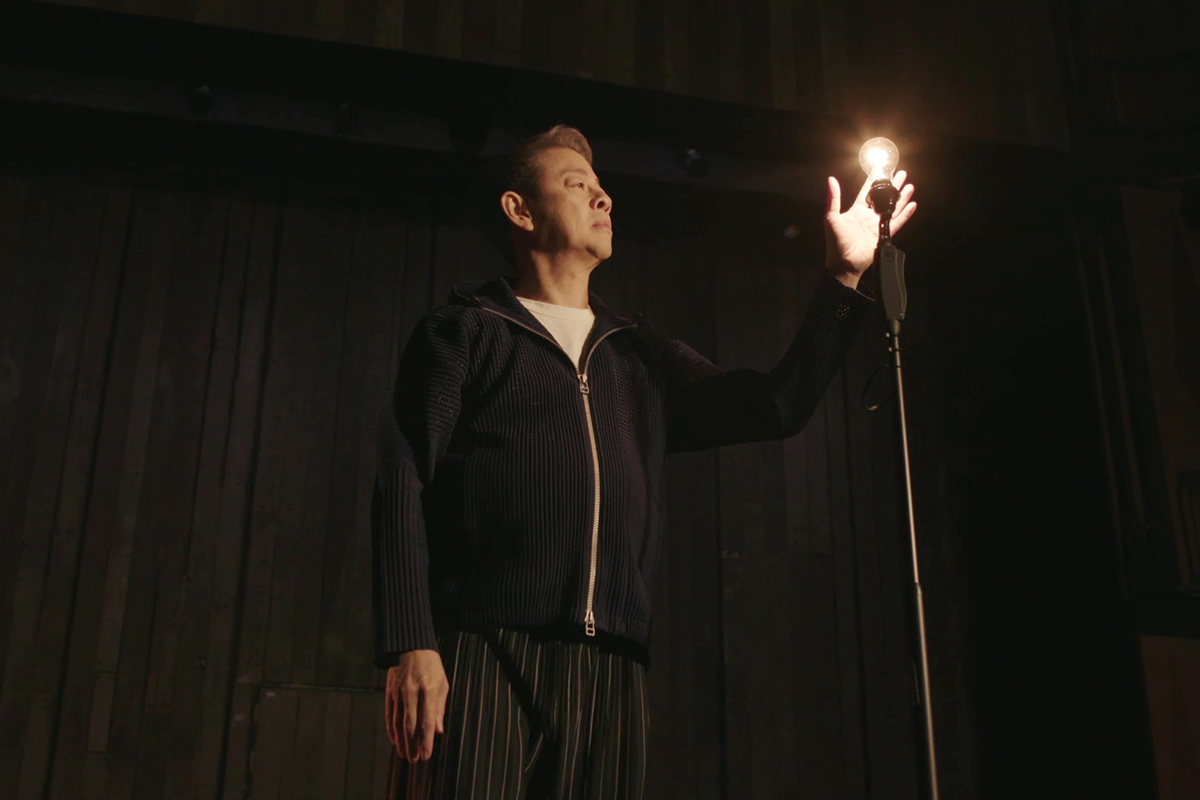 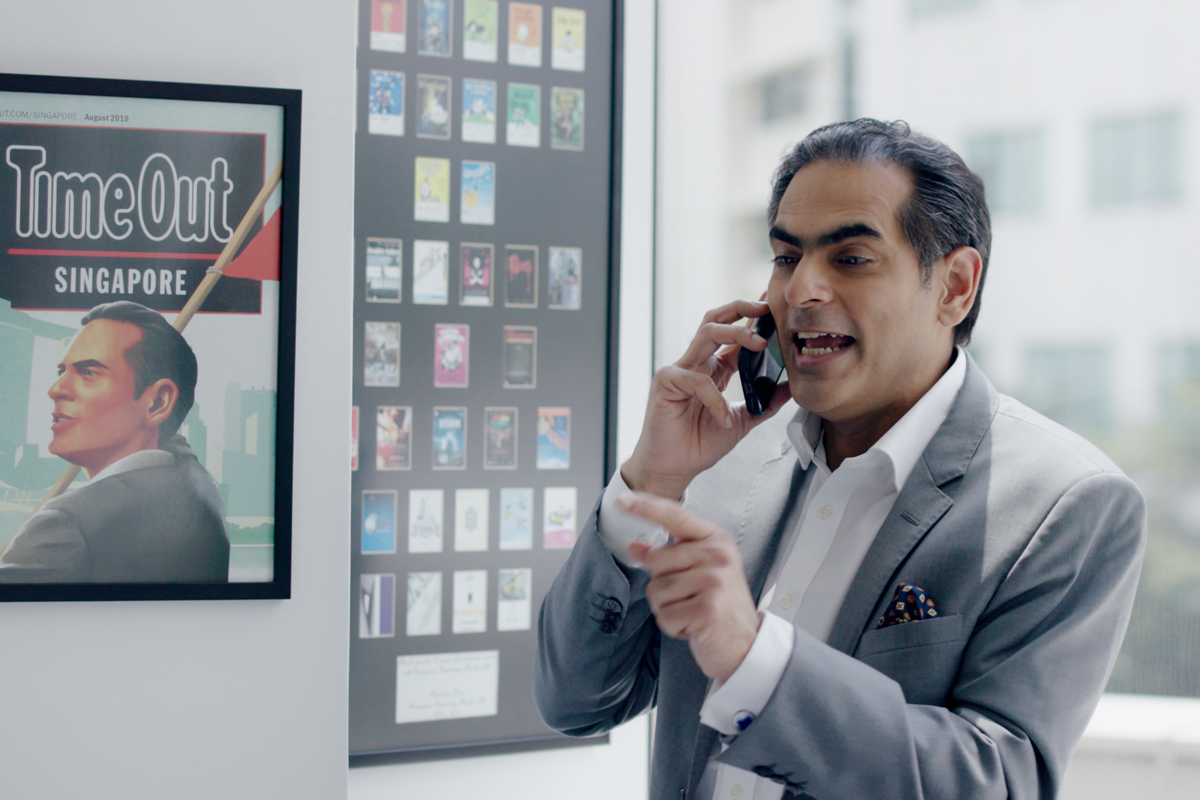 The Pitch is a sharply irreverent satirical comedy that takes audiences behind the scenes of a troubled co-production between three of Singapore’s leading theatre companies.

As the COVID-19 pandemic ravages theatres around the world, a motley trio of theatre companies – Pangdemonium, Singapore Repertory Theatre and WILD RICE – band together to create an urgent project that’s pitch-perfect for our times.

But will their noble mission survive cash-flow problems, creative differences and clashing egos? Can they keep the drama off-stage? And do they know what the hell they are doing?

At a time when going to the theatre is strictly off-limits, The Pitch cheekily raises the curtain on three theatre companies as they struggle to make art – and make peace! – with one another. Go behind the scenes with us and, through acclaimed film-maker Ken Kwek’s subversive lens, see Ivan Heng, Gaurav Kripalani and Adrian Pang as you’ve never seen them before!

The Pitch marks the first collaboration between Pangdemonium, SRT and WILD RICE. It grew out of efforts made by the three companies to support one another at the onset of the pandemic in early March. At the time, each company moved to publicise one another’s ongoing productions, which were in danger of closing early. Since then, they have kept in touch, offering support and advice to one another in managing the fallout from COVID-19. 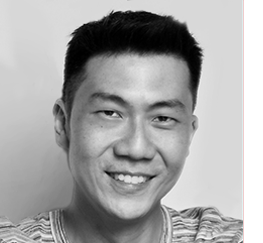 Ken is an award-winning film-maker, playwright and author. His film credits include Sex.Violence.FamilyValues (2013) and Unlucky Plaza (2014), which premiered at the Toronto International Film Festival and for which he won the Best Director Award at the Tehran Jasmine Film Festival. His music video for Ugly In The Morning’s You Can’t Touch Me Now was nominated for Best Comedy at the 2019 L.A. Music Video Awards. Ken’s plays include Apocalypse: LIVE! (WILD RICE, 2008), This Is What Happens To Pretty Girls (Pangdemonium, 2019) and The Zoologist (Singapore Repertory Theatre, 2020). He has written two best-selling children’s novels, Timothy and the Phubbers (2018) and Kelly and the Krumps (2019).


Free, but donations are most welcome.

Find out how you can be a friend of SRT or make a donation here. 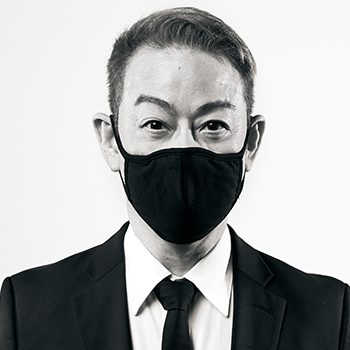 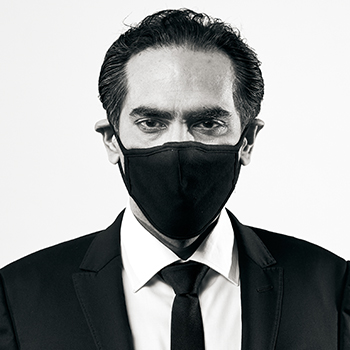 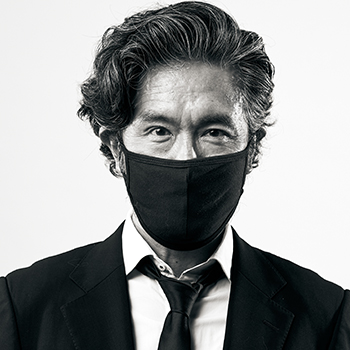 Ivan is one of Singapore’s most prominent and dynamic creative personalities. In a pioneering career spanning three decades, Ivan has directed, acted in and designed many landmark Singapore theatre productions. Ivan founded WILD RICE in 2000. Under his leadership, the company has reached out to an audience of over a million people, and is today at the vanguard of creating theatre with a distinctive Singaporean voice. In 2013, Ivan was awarded the Cultural Medallion, Singapore’s highest cultural honour.

A stalwart of the arts community, Gaurav is concurrently the Festival Director of the Singapore International Festival of Arts (SIFA) and Artistic Director of Singapore Repertory Theatre (SRT). Throughout  his 25-year career with SRT, he has produced over 150 shows for Singapore audiences. As an actor, he has performed in local musical Sing to the Dawn, Shakespeare in the Park’s Hamlet and, most notably, the Pulitzer Prize-winning Disgraced. As SIFA Festival Director, Gaurav has presented game-changing local and international artists, including luminaries such as Sakamoto, Ostermeier and Suzuki; and has commissioned work by numerous leading artists and companies in Singapore, such as The Finger Players, The Necessary Stage and Toy Factory.

UK theatre credits include Hair, A Midsummer Night's Dream, The Comedy of Errors and The Magic Fundoshi. Singapore theatre credits include the title roles in Hamlet and Macbeth, Forbidden City, Into the Woods, Boeing Boeing, God of Carnage and The Weight of Silk on Skin. For Pangdemonium: The Full Monty, Swimming with Sharks, Next to Normal, Falling, The Pillowman, Fun Home, Dragonflies, Late Company, This Is What Happens to Pretty Girls, Urinetown: The Musical etc. Adrian has won the Straits Times Life! Theatre Award for Best Actor for The Dresser, Much Ado About Nothing, Rabbit Hole and The LKY Musical. The productions he is most proud of are his two sons, Zack and Xander.