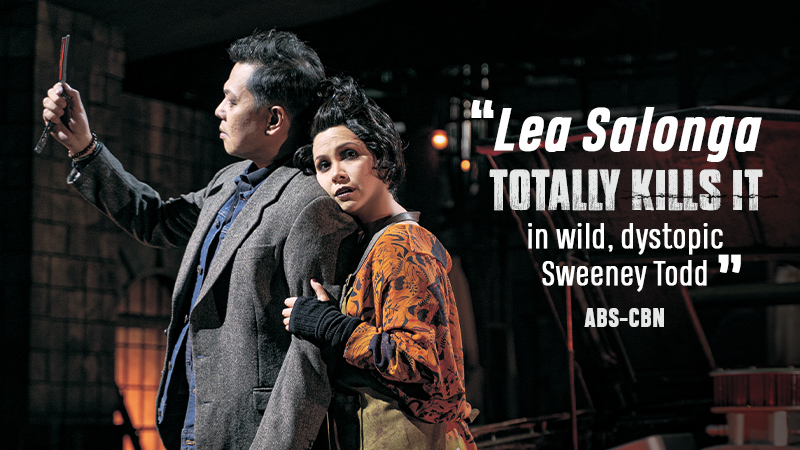 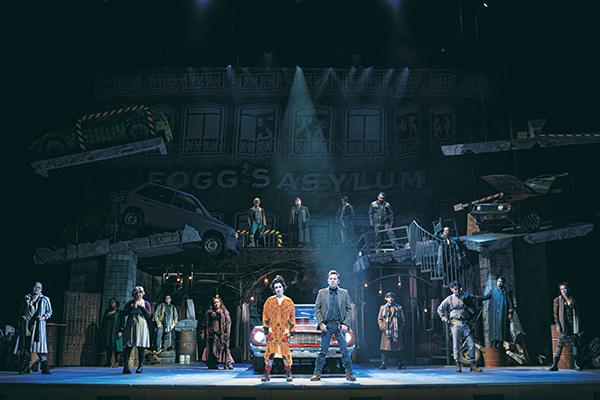 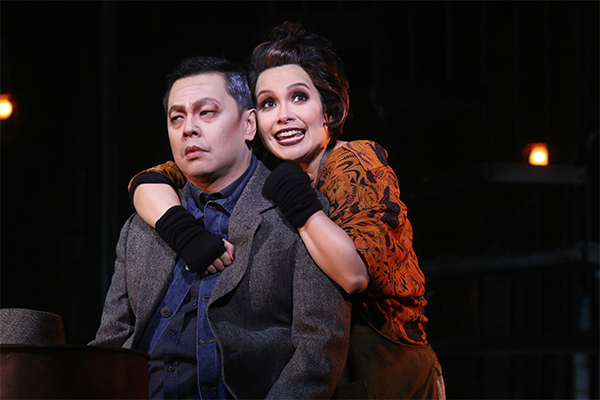 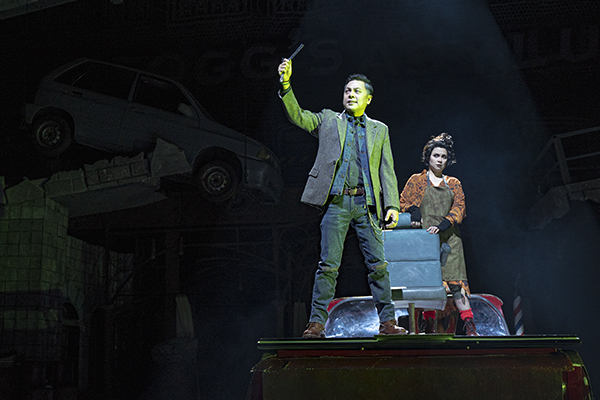 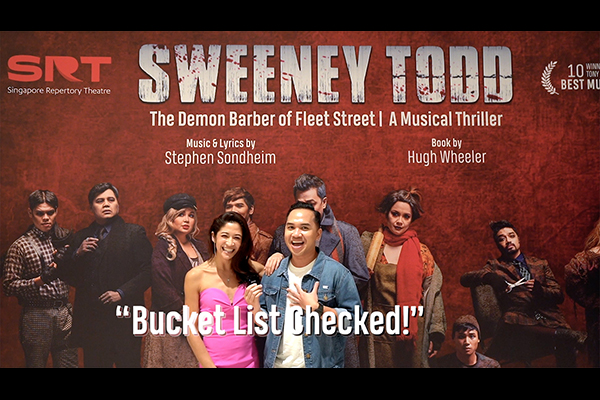 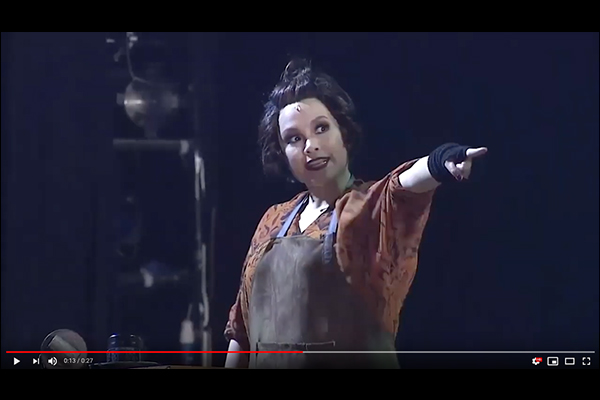 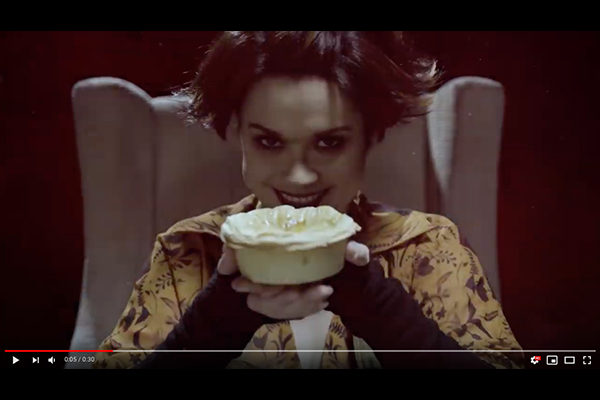 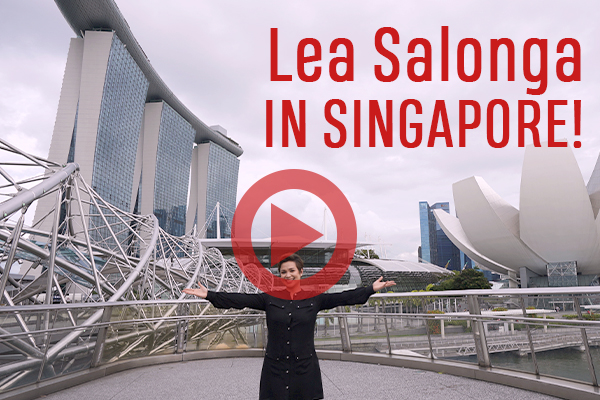 Tony and Olivier Award-winning actress Lea Salonga (Miss Saigon) returns to Singapore to star in one of the greatest musicals of all time – Sweeney Todd.  Featuring Rock Icon Jett Pangan as the titular character, and Lea Salonga as Mrs. Lovett. This tasty, thrilling, theatrical treat has simultaneously shocked, awed and delighted audiences across the world since it first opened on Broadway, where it won eight Tony Awards (including Best Musical).

2019 celebrates the 40th anniversary of this spectacular musical, written and composed by the legendary Stephen Sondheim - winner of an Academy Award, eight Grammy Awards, eight Tony Awards, a Pulitzer Prize and a Laurence Olivier Award. Some of his best known works include West Side Story, Company, Pacific Overtures, Sunday in the Park with George and Into the Woods.

This is the infamous tale of an unjustly accused barber who returns from exile seeking vengeance against the lecherous Judge Turpin who framed him. The road to revenge leads Sweeney Todd to Mrs. Lovett, a resourceful proprietress of a failing pie shop. Mrs. Lovett's luck sharply shifts when Todd's thirst for blood inspires the integration of an ingredient into her meat pies that has the people lining up... and that’s just the beginning of the carnage!

Sweeney Todd will be staged in Singapore for the very first time this November. Don’t miss this masterpiece that is sure to both thrill and delight audiences. 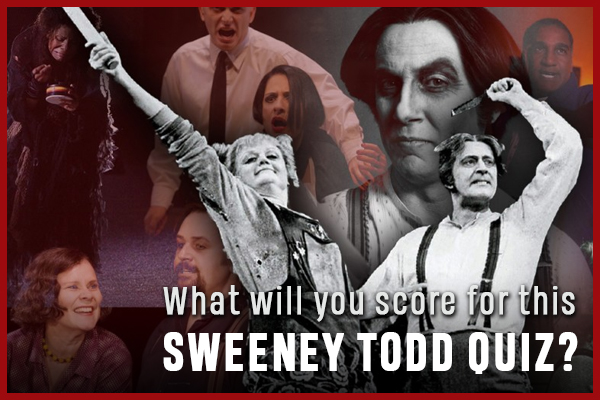 $15 Bloomberg Philanthropies YOUth Tickets
[Only valid for performances on Sunday 1 Dec, 1pm & 6pm and Tuesday 3 Dec, 8pm]
[To purchase, please provide any form of personal identification with your photo and date of birth to any SISTIC Authorised Agent]
[The YOUth ticket programme is supported by Bloomberg Philanthropies and is available to all:
• Patrons who are Singapore Citizens or Permanent Residents
• Patrons who are 16 years old, but no older than 25 years old on the day of the performance]
[Limited to one ticket purchase per person | Limited quota available]

WATCH WITH FRIENDS PACKAGE
Purchase a minimum of 5 tickets in a single transaction and receive an additional ticket free
Applicable only to VIP Res, A Res, B Res and C Res categories, excluding box seats
Applicable to all performances
Valid from 2 July 2019

Click here to book your tickets for the Signed Performance, or contact SRT’s Box Office at 6733 8166 for more enquiries.

Click here to book your tickets for the Audio Described Performance, or contact SRT’s Box Office at 6733 8166 for more enquiries.

Click here for the checklist to use the Audio Description service. 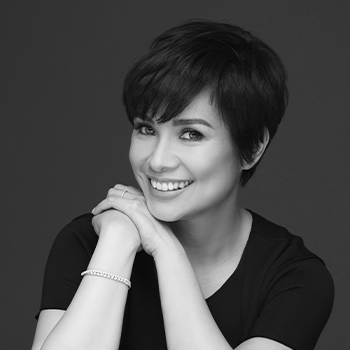 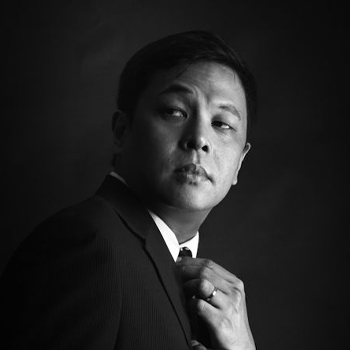 Known across the world for her powerful voice and perfect pitch, Lea Salonga is a singer and actress who is best known for her Tony Award winning role in Miss Saigon. In addition to the Tony, she has won the Olivier, Drama Desk, Outer Critics Circle and Theatre World Awards, in the field of musical theatre. She was also the first Asian to play Eponine in the musical Les Misérables on Broadway and returned to the beloved show as Fantine in the 2006 revival.

Most recently, Lea starred in the 2018 Broadway revival of Once on This Island as the Goddess of Love, Erzulie. The show’s return to the Broadway stage earned a Tony Award for “Best Revival of a Musical” and also garnered Lea and the cast a Grammy nomination for “Best Musical Theater Album.”

Many fans of all ages recognize Lea as the singing voice of Princess Jasmine from Aladdin and Fa Mulan for Mulan and Mulan II. For her portrayal of the beloved princesses, the Walt Disney Company bestowed her with the honor of “Disney Legend” in August of 2011 along with such luminaries as Regis Philbin, Jim Henson (posthumously) and Anika Noni Rose.

Jett Pangan is best known for fronting his rock band The Dawn. He is a BroadwayWorld nominee, and has appeared in several TV shows and films.

His theatre credits include Nine, Rock of Ages and Shrek the Musical.