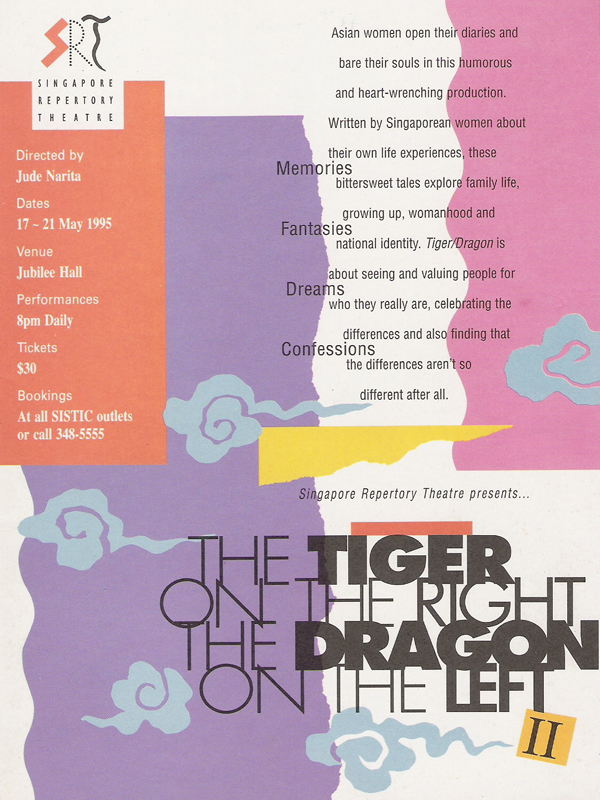 A collection of original material written and performed by Singaporean women artists and Jude Narita, this ensemble theatre piece was created from a five-week writing/acting workshop that Narita gave in Singapore. Narita created and produced the first Tiger/Dragon with Los Angeles women artists and is excited to be working on the second one with women in Singapore. She feels that the women's courage in writing and performing their own words takes them to a new level in controlling their own destiny as artists as they "seize the moment."

There is no conventional "storyline" in Tiger/Dragon. The content of the show was determined solely by what the women wrote in the workshop. The workshop process was based on the women's courage to explore their lives and their trust in Narita and each other; the material that emerged is close to the heart and deals with love, families, relationships, desires, ambitions, sorrows, trust, and friendship. The result is quite an amazing experience.