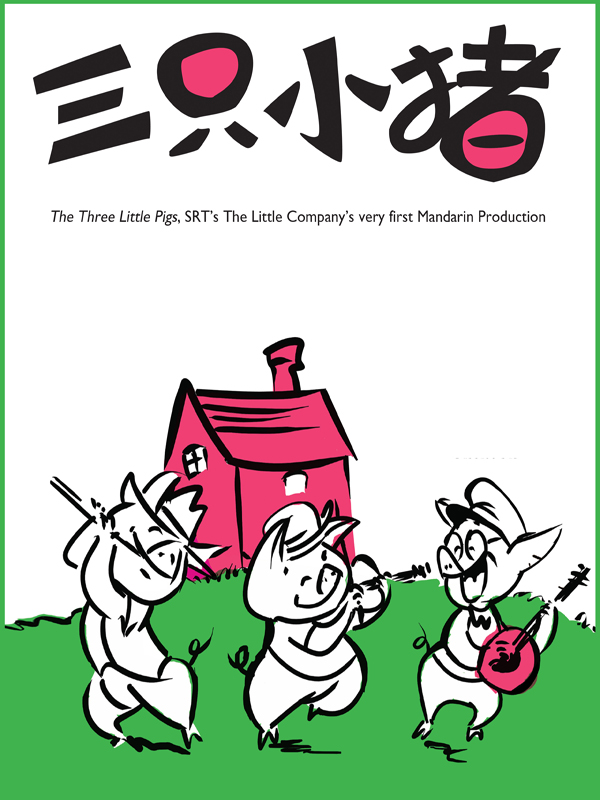 An original adaptation of the classic fairy tale, The Three Little Pigsteaches little ones how success can be achieved through hard work and perseverance.

Following a sold-out run of the English production in 2012, this Mandarin version of the original promises to open a whole new world of theatre experience and language exposure for children.

Filled with humour, this endearing tale will leave you squealing with glee and howling with laughter.Written by George Stiles and Anthony Drewe (Honk!, Mary Poppins and Goldilocks and the Three Bears).

Adapted into Mandarin by Danny Yeo and Xiaohan.