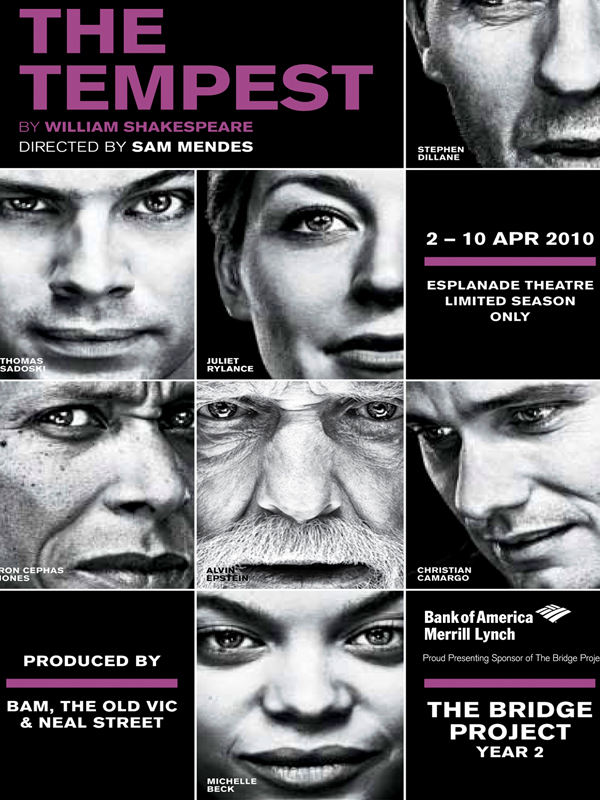 The Bridge Project launched its inaugural season at BAM in 2010 with an outstanding ensemble of American and British actors in Shakespeare’s The Winter's Tale and Tom Stoppard's adaptation of The Cherry Orchard. Following its successful debut in New York, the critically-acclaimed company, led by Tony and Academy Award-winning director Sam Mendes (Broadway's Cabaret, and the films American Beauty and Revolutionary Road), embarked on a world tour, delighting audiences in cities including Singapore, Madrid, Auckland, Athens, and London.

Year two of The Bridge Project promises another stellar transatlantic lineup and an intriguing pairing of two Shakespeare plays as Mendes and company explore outcasts, power, and magical lands with their world premiering productions of the comedy The Tempest, considered to be Shakespeare's last play.