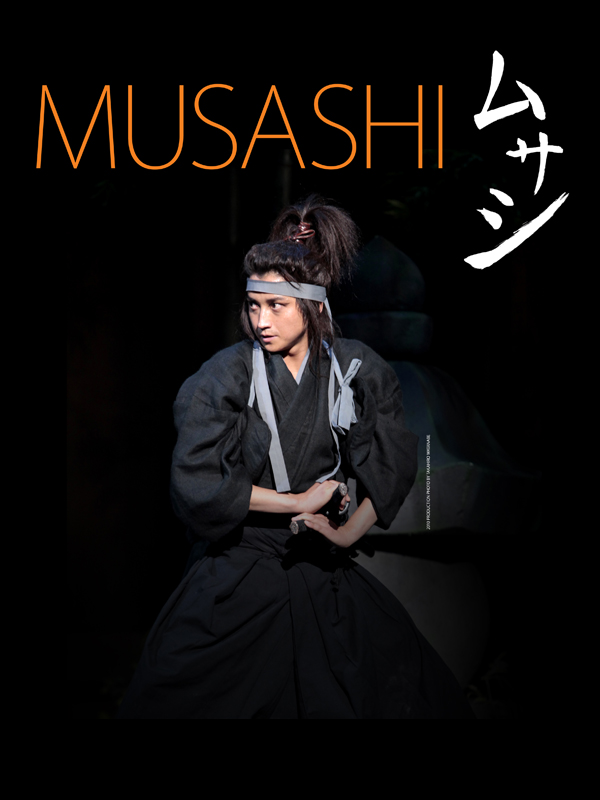 Two legendary warriors battle. One spares the other's life. They meet again six years later to put an end to their rivalry.

Taking the iconic duel between the Japanese warriors Miyamoto Musashi and Sasaki Kojiro in 17th century feudal Japan as its starting point, Musashi marks the Ninagawa Company's long-awaited return to Singapore after its seven curtain calls at the Singapore Arts Festival in 1992.

Musashi explores the futility of vengeance as two blood-thirsty swordsmen awaiting their final showdown, presented through an animated contemporary Noh and Kyogen retelling rich with humour and beauty. Starring two of Japan's leading young actors Tatsuya Fujiwara (Death Note) and Junpei Mizobata (BOSS), this highly entertaining and accessible production made its world premiere in Tokyo in 2009 and performed to critical acclaim at The Barbican in London as well as the Lincoln Center for the Performing Arts in New York in 2010.

Performed in Japanese with English surtitles.

"A ravishing dialogue among forms of storytelling and theatre, enacted with delicate precision and robust humor [...] Ninagawa is a master of artful eclecticism." - The New York Times

"This is an extraordinary theatrical event: a production by the dazzling Yukio Ninagawa of a Zen comedy-drama..." - The Guardian