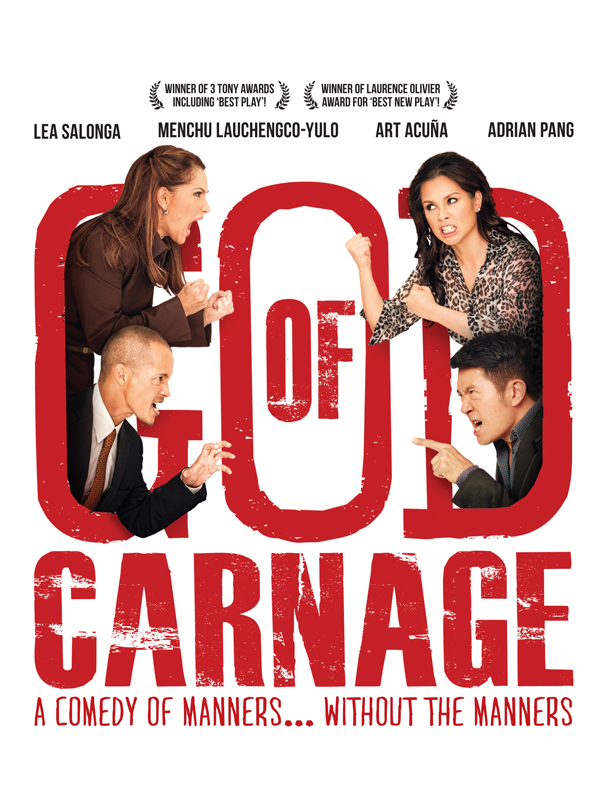 Winner of both the Tony and Laurence Olivier Award for ‘Best Play’ – God of Carnage reunites the powerhouse acting duo of Lea Salonga (Tony and Olivier Award-winner, Miss Saigon) and Adrian Pang (Best Actor, ST Life! Theatre Awards) in a fast-paced comedic satire described as a “comedy of manners…without the manners.”

God of Carnage is a viciously funny and biting comedy that takes place in the aftermath of a playground fight between two schoolboys. Their parents decide to meet to “talk” it out. What starts as a polite discussion soon degenerates into verbal warfare with all four adults revealing their own issues and true colours.

A play that took New York and London by storm, smashing box office records, the Singapore run promises a night of laughter as you indulge in the vicariously pleasurable battle of the sexes.

Be prepared to expose yourself to riotous contradictions in this award-winning comedy. Written by Yasmina Reza (Art) and translated by Christopher Hampton, God of Carnage will have you in stitches.