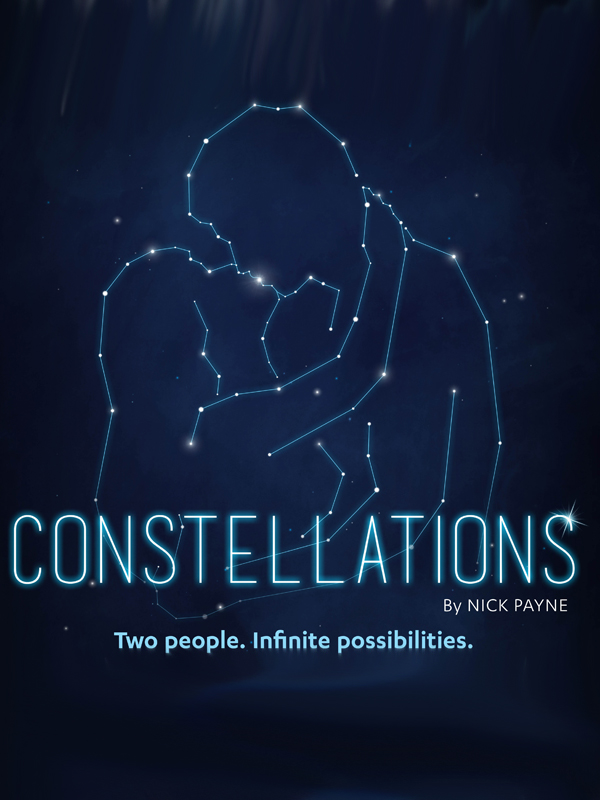 Do you believe in parallel universes?
Would you love the same person in a parallel world?

Join Marianne and Roland on their spellbinding romance that repeats over a course of vignettes. One a physicist, the other a beekeeper, their lives play out in an infinite number of realities. Watch how their relationship moves along different trajectories in a multiverse that spans time and space.

A love story set in the landscape of string theory, Constellations by Nick Payne defies the world as we know it. 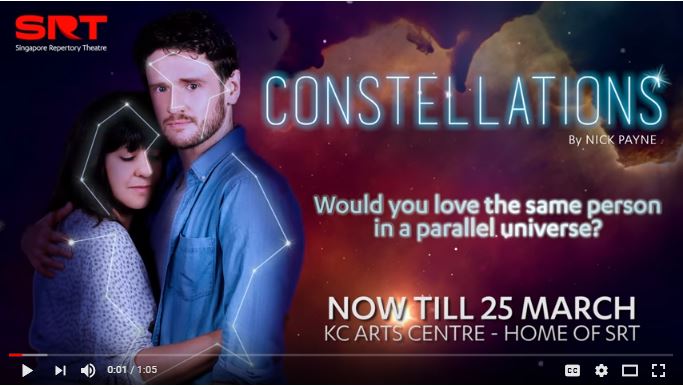