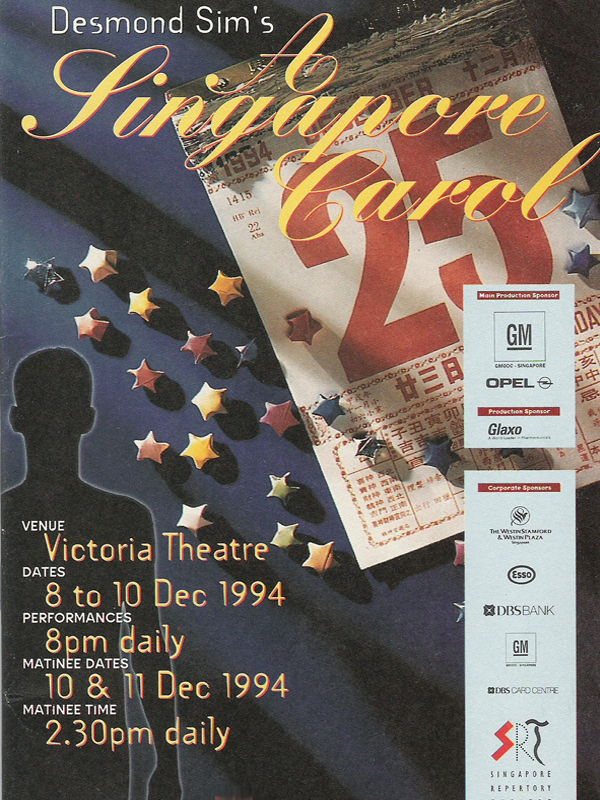 Unfortunately, Hemsem is rather financially-disadvantaged, that is to say, poor. To add to their financial worries, Hemsem and his good wife have a young son, Tiny Tan, who is dying from congenital heart problem. An operation could save him, but who'll pay for it? Uncle Kiam Siap? Not likely! Unless someone or something changes his mind. That, of course, will be nothing short of a miracle.

But this Christmas eve, Chin Kiam Siap, will live through an experience he will not soon forget! He will be haunted by the ghosts of his misdeeds - past, present & future. But will it be enough to make him a changed man? Will Tiny Tan be saved? Will it be a Merry Christmas for the Tans? Everything will be revealed in "A Singapore Carol".