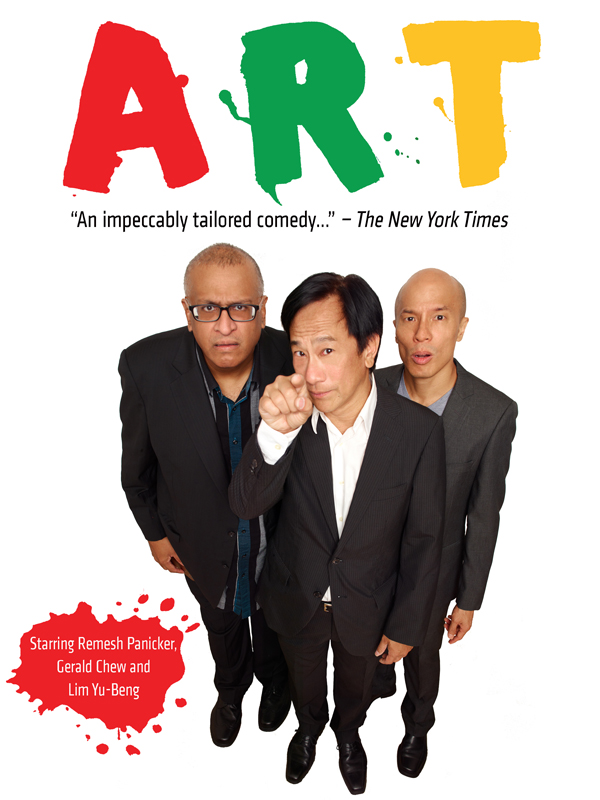 The friendship of three men is turned upside down when one of them buys an expensive piece of modern art – a white canvas crossed by barely visible lines. Serge buys the painting but Marc hates it, and Yvan is caught in the middle between his two friends. This contemporary comedy about friendship, creativity and the complexities of human relationships has become one of the most successful plays ever written. Featuring Gerald Chew, Lim Yu-Beng and Remesh Panicker.

Yasmina Reza’s play, ART, premiered at the Comédie des Champs-Elysées in Paris in 1994. It was translated into English by Christopher Hampton (Dangerous Liaisons) and has since been performed around the world, winning numerous awards including the Tony Award for Best Play (USA), the Laurence Olivier Award for Best Play (UK) and the Molière Award for Best Play (France). Singapore Repertory Theatre (SRT) staged the first production in Asia in 1998 to sold-out houses. 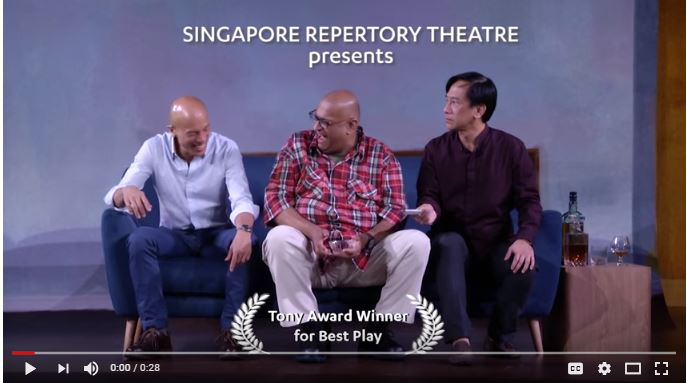